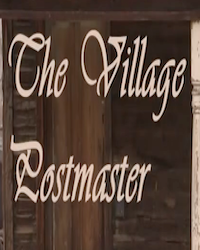 An early portrait of a small-town American life, The Village Postmaster centers on the lives and loves of a postmaster and his family. Love is complicated by ambition, greed, and political thinking, but it always seems to find a way in the end. Originally written by Alice Emma Ives in the 1890s, The Village Postmaster is one of the few early American plays written by a woman playwright. Filmed entirely in Reno, NV and produced by Thunder Bay Theatre in Alpena, MI as part of a virtual season, this showing of The Village Postmaster is a three-way fundraiser to support Thunder Bay's rebuilding of their theatre after a devastating fire, our great local theater Reno Little Theatre, and to pay the actors for their work.