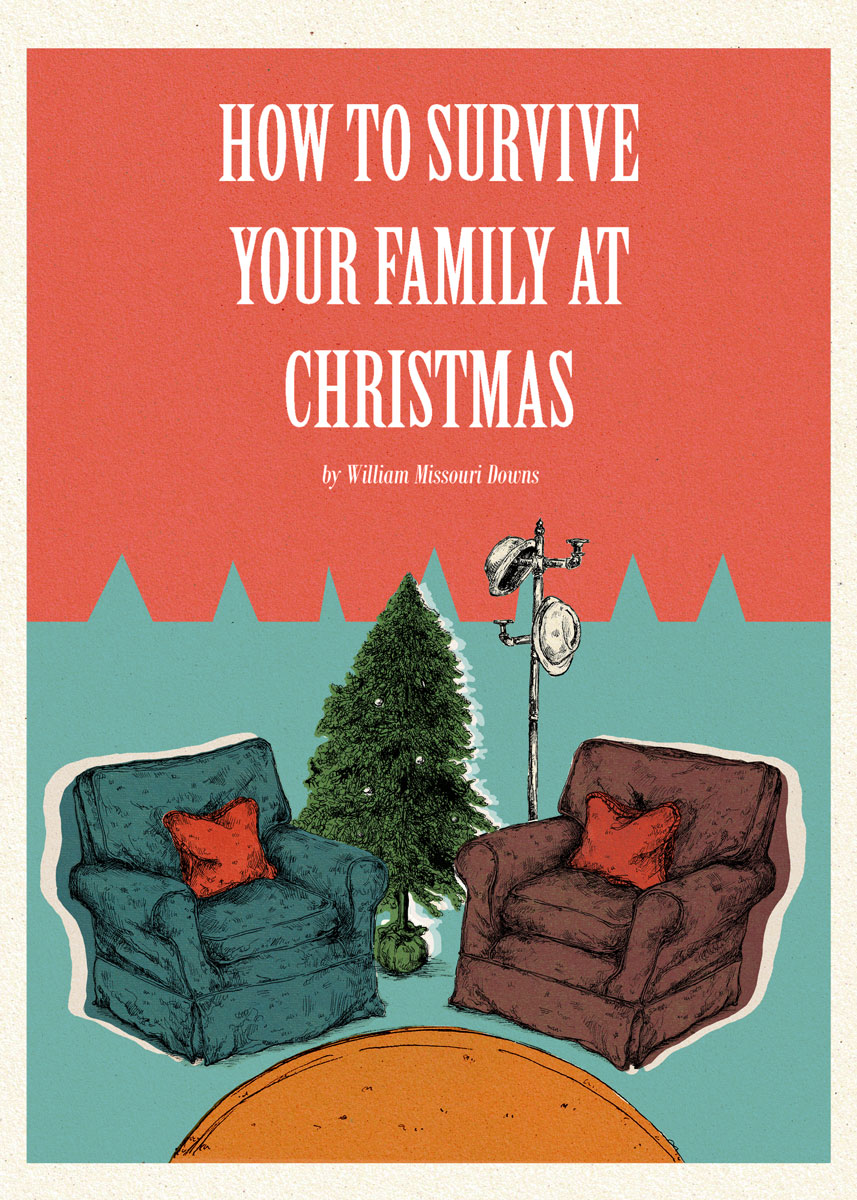 How to Survive Your Family At Christmas

It’s Christmas, that wonderful time of year when families deck the halls, don their gay apparel, and pretend they don’t hate each other. College student Loretta hasn’t been home in two years mostly because she has nothing in common with her blue-collar parents. When she left to attend Harvard, she thought she’d never return, but then she fell in love with a cultivated Cambridge law student, and he wants to meet her parents.

The difference between Loretta’s law student and her parents couldn’t be more profound. He loves yachting, while her parents never let her near water – growing up Loretta’s mother told her chlorine caused skepticism. He reads Tennyson, while her parents read Jonathan Livingston Seagull – not the book, the Cliffs Notes.

How to Survive Your Family At Christmas is a crowd-pleasing comedy about family, love and the one thing we all need to survive the holidays, forgiveness.