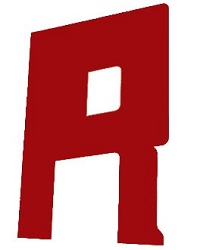 That despicable “mastermind,” Dr. Evil, is once again up to no good in this hilarious, all-ages comedy written to be performed entirely on a video conferencing app! At the monthly online meeting of the Council of Evil, the bumbling ne’er-do-well reveals his newest plans for world domination... trained pigeons... with lasers! Having heard his hair-brained schemes before, Countess Gothma, Lord Warhammer, Archduchess Arsenica, and Prince Vladi practically laugh him out of the Zoom room!

Undeterred, Dr. Evil unleashes his army of pigeons upon a rainy but repellant Seattle and a harsh, brash New Jersey, only to have his plans thwarted by unexpected events. About to lose hope, the doc’s assistant and BFF, Shirley, encourages him to keep on trying. But when the doctor sends his battalions to Garvin County, Oklahoma, he may finally have met his match in Josephine Esoteric and her army of tigers with jetpacks!