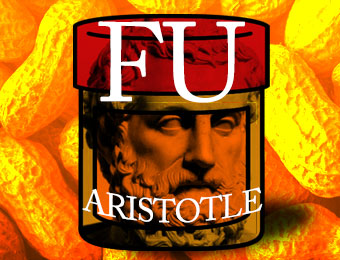 FU Aristotle is an energetic exploration of the complete lack of a foreseeable future. Doesn’t sound funny? That’s what Aristotle would say. But we challenge that perception. Through peanut butter jars, yogurt cups of dirt, audience members who can’t keep quiet during a show, and several imperfect visions of the future, FU Aristotle asks the question “How does this all end?” and answers with another question: “Does it?”

Written during the shelter-in-place orders, FU Aristotle is not a play about the pandemic. Rather it is a product of the pandemic. Who knew enforced downtime could be so fun?

*Please note: During the show you'll see some moments that say "You're being moved to a break out room" on the screen. It's not a mistake. It's scene change. Stick with us & enjoy the show!*