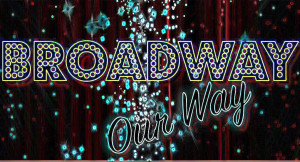 A hilarious send-up of not one, but two fairy tales by Charles Lovett.

Ursula Bear buys her porridge by the 50-pound precooked bag. But her husband Builda and her son Teddy think the porridge smells like swamp mud and tastes like secondhand fish eyes! So only Ursula is upset when a bowl of porridge goes missing and scandal breaks out in the forest. Goldie Locks has been arrested, but is she guilty… or was she framed?! And who was the culprit who blew down the homes of Oscar Meyer and Jimmy Dean? Could it be poor Alfred the Wolf, who gets blamed for everything? And what about that quartet of schoolgirls competing to be Goldie’s best friend? One thing’s for sure, Police Chief Sherlock McGarrett is too busy eating doughnuts to sort out the mysteries of the forest, so it will take the crack investigative reporting of Woodsman and Bernadette, along with some help from a top secret source, to unravel the biggest scandal in the history of Wychwood-under-Ooze!