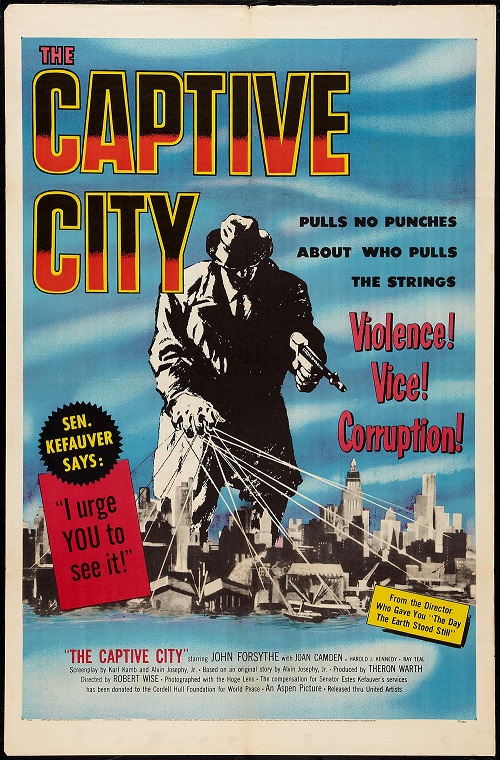 × Join HRPS on October 9th for a night of intrigue as we present the 1952 film noir movie, A Captive City. Filmed in Reno, this crime- drama was one of the first movies to capitalize on the 1951 Kefauver Committee hearings on organized crime. The public was transfixed as Senator Carey Estes Kefauver’s committee interviewed some 600 crime witnesses. First played out on TV and in Newsreels, the film industry then capitalized on this new fascination with organized crime. The film’s star, newspaperman Jim Austin, played by actor John Forsythe, learns from a private investigator that a local businessman has organized a massive gambling ring that also has the town’s police chief involved. Suspense builds as Austin investigates these crime allegations only to find that he and his wife are in danger. Veteran Hollywood Director, Robert Wise, uses special film techniques to tell the story that led to Austin’s courageous decision to testify before the crime committee.

Reno and surroundings were the exclusive shooting locations because the director felt “it is a typical American city of moderate size.” Many downtown buildings were used during the filming including the now long gone Nevada State Journal building located on Center Street. Our host will point out these buildings and talk about the history of the movie.